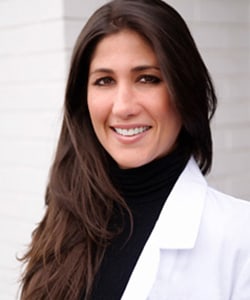 Immediately following her internship, she joined the staff at the same location as an Emergency and Critical Care veterinarian. In 2008, while still part of the Emergency Department, she began working with the Internal Medicine team.

By 2013, she had successfully completed a three year Small Animal Internal Medicine Residency at our Bohemia location and officially became an Internist as part of the Internal Medicine team. During this time, from 2008-2018, she also worked as part of Ultravet Mobile reading abdominal ultrasound scans for remote patients and providing consulting services. In 2019, Dr. Candelario relocated to Westchester County and worked at the Animal Specialty Center in Yonkers, NY.

By March 2021, Dr. Candelario decided to make her return to Long Island where she is now an Internist as part of the Internal Medicine team at our Farmingdale location. We are thrilled to have her back!

Dr. Candelario is a member of the American Veterinary Medical Association.  During her leisure time, she is a fitness enthusiast and has participated in various competitions. More than anything else, she enjoys passing the time with her dog, a cocker spaniel and her aquatic turtle, a red ear slider.

Voting is open now through Dec 15 and voters can vote once daily in each category.

The link to vote is bestof.longislandpress.com